Each year ARCOM awards a number of sponsored prizes for best papers. This is an important recognition of the hard work the delegates have put into conducting much interesting research and developing the papers that publish those efforts. The awards all enjoy a £250 prize (or equivalent) together with the certificate that honours the award.

Paul Townsend was a strong supporter of ARCOM and an industry representative on the ARCOM committee for many years. He became an academic at Sheffield Hallam later in his career. The ARCOM award was instituted to celebrate his contribution following his untimely death.

Rob Howes is one of the founders of ARCOM and our first chairman, a charming and eloquent man, who was one of the key members in our community for many years.

David Langford, ARCOM’s Honorary Life President, sadly passed away in 2010. He led many of the ARCOM’s activities especially in the 1980s and 1990s.

The professional institutions (CIOB and RICS) and publishers associated with ARCOM (Wiley Blackwell, Taylor and Francis and Emerald) also award prizes at the conference. Themes for these prizes include the best international paper, innovation and sustainability, best technical paper, best theoretically informed contribution, and research methodology.

Click on the links below to view the prize winners for each year. 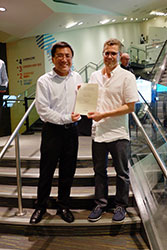 Martin Loosemore and Anumitra Chand, Built Environment, University of New South Wales, Sydney – “Barriers To Building Resilience To Extreme Weather Events In Australian Hospitals”
As countries around the world face more regular extreme-weather-events (EWEs), there is a need to consider how infrastructural systems can cope with the intensification of these occurrences. Loosemore and Chand, through an in-depth case study of a major Australian tertiary hospital, examine the resilience of organisational and infrastructural systems, and analysed the barriers in making Australian hospitals more resilient to EWEs. Their case study is informed by a rich dataset comprising semi-structured interviews, observations of disaster drills and disaster planning meetings, as well as additional documentary analysis of past incident reports. Their findings indicate widespread ignorance among key stakeholders of the influence of hospital design in delivering healthcare to the community during an EWE. 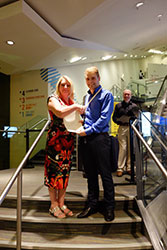 The CIOB Award for the Best International Paper

Helen Lingard, Sarah Pink, Jan Hayes, Vanessa McDermott and James Harley, School of Property, Construction and Project Management, RMIT University, Melbourne – “Using Participatory Video to Understand Subcontracted Construction Workers’ Safety Rule Violations”
Traditionally, managing occupational health and safety (OHS) tended to be carried out in a top-down, prescriptive fashion. Violations to rules are treated as a problem. In this study, Lingard and colleagues question this premise and argue for the need to understand more deeply the causes and consequences of safety rule violations. Through a participatory video process and interviews with a group of subcontracted insulation installation workers in Australia, they demonstrated how rules are in some cases broken because the rules themselves are not practical given situational constraints, or because working to rule would impact the ability to meet production targets. Managers are sometimes complicit in rule-breaking, quietly ignoring routine violations in the interests of getting the work done. They also found that other routine violations were necessitated by not having the correct equipment. 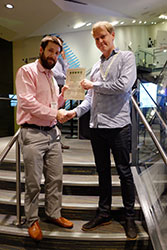 Taylor and Francis Award for the Most Theoretically-Informed Paper

Rikard Sandberg, Christine Räisänen, and Martin Löwstedt, Department of Civil and Environmental Engineering, Chalmers University of Technology, Gothenburg, and Ani Raiden, Nottingham Business School, Nottingham Trent University – “Exploring the Work Practices of Site Managers as Processes of Embodiment”
In construction, site managerial work has often been depicted as ‘muddling through’, skilfully solving problems as these inevitably crop up and trying to be everywhere at the same time. In this paper, Sandberg and colleagues studied the actual work activities of site managers and how expectations, meanings and values about what is desirable are constructed in and through their everyday work. Drawing especially on the work stories of two site managers, a man and a woman, in a large Swedish construction company, they argue that practices enacted on site can better be understood as various processes of embodiment. 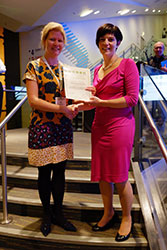 Tara Brooks and John Spillane, School of Architecture, Planning and Civil Engineering, Queen's University, Belfast – “Does Inappropriate Quality Control Demotivate Workers? A Critical Review”
The construction industry requires quality control and regulation of its contingent, unpredictable environment. However, taking too much control from workers can disempower and demotivate. In this critical literature review, Brooks and Spillane analyse construction, psychological and management research regarding the control and motivation of workers to highlight how quality management systems do not always work as designed. Workers perceive that unnecessary, wasteful and tedious counter checking of their work implies that they are not fully trusted by management to work without oversight. Control of workers and pressure can also be counter-productive as it leads to resistance and deception. 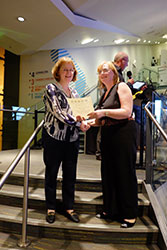 Niamh Murtagh, Loulwa Achkar and Aeli Roberts, Bartlett School of Construction and Project Management, University College London – “‘The People That No-One Notices’? The Power of Building Control Inspectors in Sustainable Construction”
Building Control Inspectors review designs and on-site construction in order to evaluate, and ultimately certify, compliance with the regulations, but little research has been carried out previously to investigate the role of these professionals in sustainable construction. Through semi-structured interviews with 20 building inspectors and four key informants from professional bodies in England, Murtagh and colleagues found that the building inspectors tended to position their power as wholly derived from the regulations, thus constraining their contribution on sustainability to regulation enforcement. Yet, building control inspectors do much more than this in their day-to-day activities which included providing advice and guidance, effective membership of design teams and a collaborative relationship with contractors/builders, architects and members of the public. With greater recognition of the varied bases of power available to them, building inspectors could extend their influence in daily working interactions to facilitate more sustainable construction. 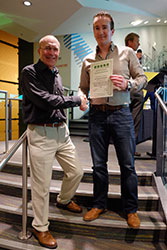 Paul Tansey, Civil Engineering and Construction, Institute of Technology, Sligo, and John Spillane, School of Planning, Architecture and Civil Engineering, Queens University, Belfast – “From Crisis to Opportunity: Turnaround Strategies of Large Irish Construction Contractors during the period 2007-2015”
Tansey and Spillane reported on the strategic and operating actions of large Irish contracting firms following the financial crisis of 2007. Through five exploratory case studies, they show that, although retrenchment is often considered to be a short-term strategy, this is often not the only way large contracting firms cope with a downturn. They noted how internationalization became critical, with the turnaround process shifting towards strategic reorientation that altered the firms' market domain. Their findings provide valuable assistance for construction contractors in dealing with organisational decline and in developing a successful turnaround response.

Stefan Christoffer Gottlieb, Department of Building Technology and Management, Danish Building Research Institute/Aalborg University, Copenhagen, and Jens Stissing Jensen, Department of Development and Planning, Aalborg University Copenhagen – “Governmentalities of Construction: From Mortar to Modular Systems and Markets”
This paper formed the basis of one of the keynote talks at the ARCOM 2016 Conference. Gottlieb and Jensen applied the concept of governmentality by Michel Foucault to analyse the formation and transformation of the Danish construction industry, and the consequences of change for the sector and the construction worker. They argued that the construction industry is a political construct, as they traced how construction became a coherent sector and rendered governable in the 1940s in order to achieve national modernisation. Associated with this formation of the construction sector is the exercise of disciplinary power through the political measures of regulation. By contrast, the mid-1990s saw the transformation of the sector through deregulation and the establishment of and emphasis on free markets as governmental objectives. This transformation, they argued, enabled the rearticulation of the construction worker as a calculative subject with responsibilities for their own conduct and the development sector as a whole.. 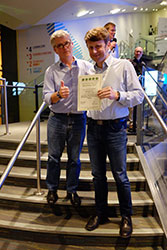 Henning Grosse, The Business School, University of Gloucestershire, Cheltenham – “An Insider’s Point of View – Auto-Ethnography in the Construction Industry”
In this paper, Grosse drew on his experiences of a conflict with an architect to examine his emotions and thoughts. In so doing, he described in a reflexive way how knowledge, perspective taking, and self-questioning can help in articulating a practitioner’s (and researcher’s) underlying assumptions. In this paper, Grosse called for practitioners to be unsettled in order to develop a more critical understanding of their own actions and emotions. 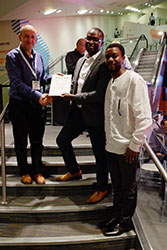 Emmanuel Manu, School of Architecture, Design and the Built Environment, Nottingham Trent University; Nii Ankrah and Ezekiel A Chinyio, School of Architecture and Built Environment, University of Wolverhampton; and David Proverbs, Faculty of Computing, Engineering and the Built Environment, Birmingham City University – “Functional Consequences of Trust in the Construction Supply Chain: A Multi-Dimensional View”
Trust is multi-dimensional with varying functional consequences. In this paper, Manu and colleague sought to provide some clarity on the functional consequence of trust in the project supply chain. Through observations, document reviews and semi-structured interviews with supply chain parties on two case study projects in the UK, they found that the weaker dimensions of trust, which are impersonal (cognition-based and systems-based) and the stronger (relational-based) dimension of trust, all fostered effective knowledge sharing and self-organising behaviours in the supply chain.